One of the key design and architecture styles of the 19th and early 20th centuries came from the Arts and Crafts Movement. Formally beginning in 1867, this style paralleled the Aesthetic Movement and the Queen Anne revival. It was a style of architecture and decor encouraged by William Morris, which focused on hand-crafted, anti-industrial processes, pruned of unnecessary decoration. 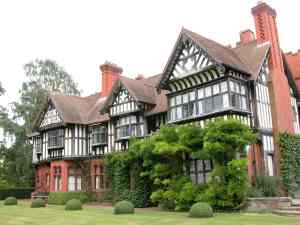 The style was not adopted comprehensively; for example furniture was too idiosyncratic and massive and so not suitable for smaller houses. It was too severe and not comfortable enough. Later variants of the Morris style, particular in wallpaper and fabric, were more popular.

It showed mediaeval influences, particularly in grander houses but was then bastardised in smaller homes. 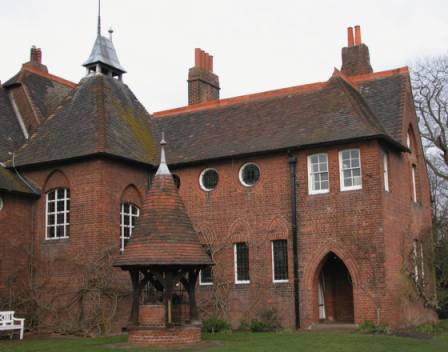 The look and feel of Arts and Crafts interiors was created by William Morris. In 1861, he founded ‘Morris and Company’ which made textiles, carpets, wallpapers and furniture. It set the highest standards of craftsmanship, and employed traditional materials and methods where possible. See also typical Arts and Crafts colours.

The Arts and Crafts style has two strands; the cottagey look begun by Morris and Webb and evolved by Voysey, and midway through its evolution, the starker, more modernist feel of Mackintosh and the later Lutyens. In parallel with this was the inevitable theft of ideas and influences by small-scale builders. So, for example we see the patterns of porches and doors migrating into the informally designed houses. Both strands persisted through the 1920s and into the 1930s.

Some of the best known architects who created, evolved and drew on the Arts and Crafts movement are: