Typical features of this style are: 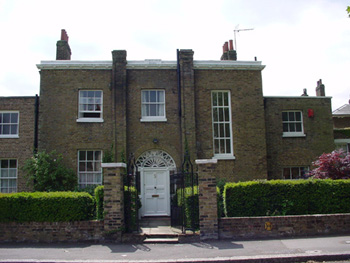 Yellow bricks replaced red as the fashionable choice in London in the Georgian period; it was said that they gave a more stone-like appearance. Where stone buildings were seen as desirable, stucco was typical. This was painted to resemble the local stone and incised lines were often emphasised with a grey paint. The use of light cream paint became fashionable in the mid 19th century; previously colours were stronger. 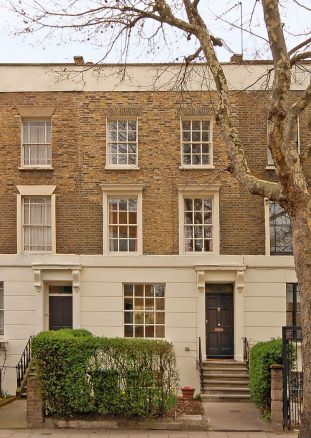 Actually built in the 1840s, this house is still Georgian in style.

Also in the Georgian period greater use was made of pine and fir, and less of oak.

In the early terrace of the Georgian period, it was designed to be seen as a whole. Later the individual houses were made more obvious.