Stone in the Period House

In London, stone is rarely used as the main material for the walls of houses. Instead, stone or cast imitation stone products are used for lintels, cappings on walls, and decorative details. It is often difficult to tell the difference between these.

Outside London, stone was used for house walls in a few cities to the north and west, including York, Bath, Bristol and Cardiff, as well as in the countryside around them. In the south east of England, flint is sometimes used in combination with brick or stone. 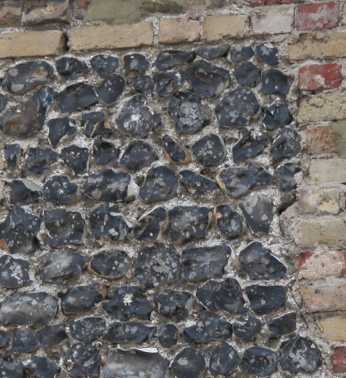 See the section in DIY for more detail on types of stone and advice on care and repair.

Below is a fine example of stone decorative work, used round a porch. Because the design is undercut, it is unlikely to be of cast, artificial stone: 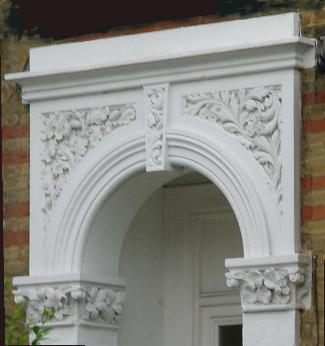 The best known of these is 'Coade' stone. This is made from a mix of china clay, finely ground aggregates and linseed oil. Many different products were made by the Coade Company, led by Eleanor Coade, which was founded in the 1760s.